We just finished a very successful crowdfunding campaign. I used Tilt as our platform, because it is free (and local!). I am totally amazed and grateful to have been able to raise $20,000 in 30 days.

On Friday, I’ll be filing the PAC’s first finance report. (It only covers money received and spent from June 19th to June 30th.) Since I was preparing that report anyway, I put together the piechart on the right, to show how much money sfbarf raised from different kinds of people.

The chart shows that 43% of the $20,000 or $8,681 came from people who work in “tech.” I included people who work for tech firms, even if they don’t write code, and also people who work on hardware. Another 9% of this round came from “owners,” CEOs, CTOs or founders of tech companies. It makes sense that half of the constributions would come from tech, because newcomers are the most affected by a shortage of housing. As it turns out, the people most concerned with housing that doesn’t exist yet, are people who don’t live here yet (or just got here).

Some donors reported their jobs, but people who donated less than $100 frequently did not. I tried to determine people’s industries by googling them. 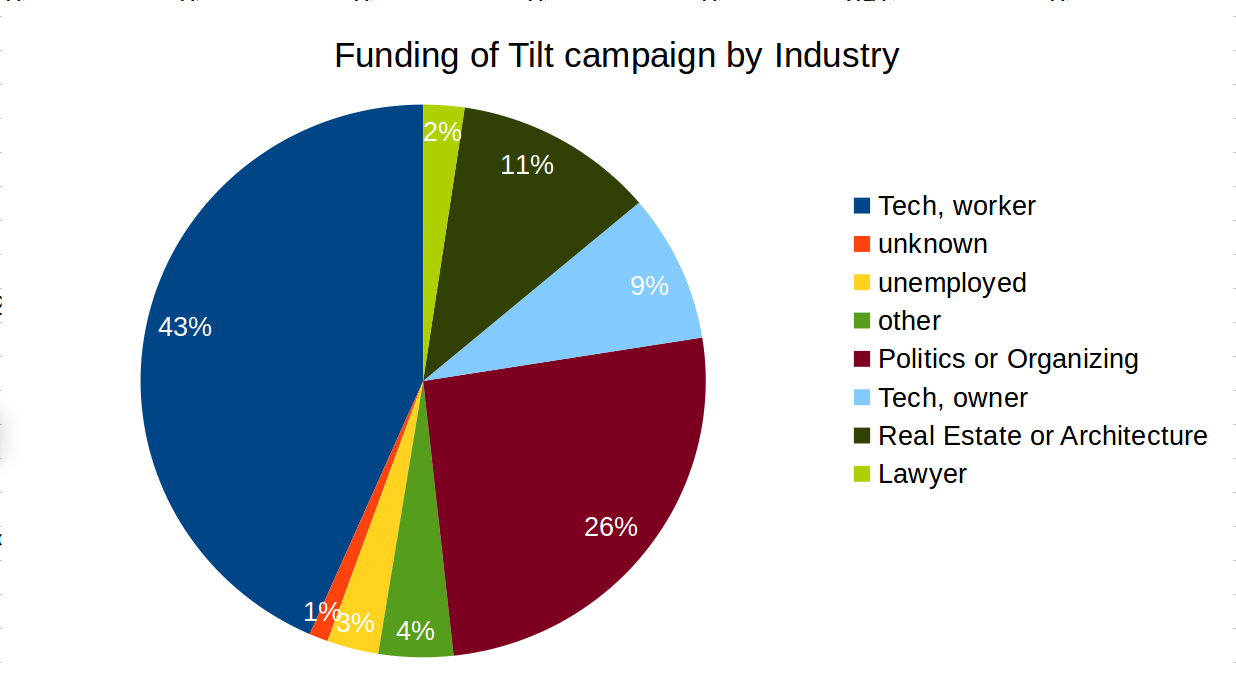